What's Your Property Worth?

On May 7th, 2013, U.S. Senator Bill Nelson (D-Fl) went to the Subcommittee on Consumer Protection, Product Safety and Insurance to get to the bottom of a major problem keeping past short sellers from re-entering the housing market.

Based upon a Realty Trac report, up to to 2.2 million past short sellers were eligible to re-enter the housing market, past the required wait timeframe to get a new mortgage after a short sale. However, when these past short sellers applied for a mortgage, their loan was denied through both Fannie Mae and Freddie Mac automated underwriting systems (AUS) because their short sale credit showed up as a foreclosure. Why was this so detrimental? A foreclosure requires a 7 year wait to get a new conventional mortgage, but a short sale required a 4 year wait, stalling a new mortgage for these past homeowners.

WASHINGTON, D.C.—The U.S. Senate Subcommittee on Consumer Protection, Product Safety, and Insurance held a hearing on Tuesday, May 7, 2013 at 2:30 p.m. titled Credit Reports: What Accuracy and Errors Mean for Consumers.

Click on the link to load and view the webcast housed at C-Span: “Credit Reports: What Accuracy and Errors Mean for Consumers.”

Senator Bill Nelson: “Ok, I want to ask you about something else. Under the Fair Credit Reporting Act, all credit files should be reported accurately. Isn’t that correct?”

Senator Bill Nelson: “OK. And if a person goes into foreclosure, someone, indeed, that will be noted and it will affect their credit, will it not?”

Senator Bill Nelson: “Then I would ask both of you all, as the regulators, why are people who don’t go into foreclosure but go into a short sale which the government, this government, under law that we have passed actually encourages, and even encourages with some tax incentives, why is a short sale being coded in the credit reporting agencies the same as a foreclosure? And it’s happening in my state right now! Why?”

Corey Stone/CFPB: “Short sales is a relatively new phenomenon and it is important that it be reported accurately because Fannie and Freddie and the GSE’s and the FHA treat those differently in their underwriting system. So if they can’t distinguish between a short sale and a foreclosure, somebody whose had a short sale will be treated as if they’ve had a foreclosure. The coding of this information is coming into the 3 credit bureaus from furnishers in identical files but it’s our understanding, and this is something we’ve talked to the Consumer Data Industry Association about, and you can ask Mr. Pratt, the next witness about…”

Senator Bill Nelson: “I don’t know what you’ve just said. Why is a short sale being coded the same and you all as the regulators are allowing it to be coded the same as a foreclosure which is a completely different breed of horse.”

Corey Stone/CFPB: “Yeah. Right now, there is a special treatment for short sales that does code them differently but not in the same way that other kinds of ends of loans are coded and a technical aspect that I think Mr. Pratt will be able to shed more light on. But right now, some of the credit reporting agencies do report this information accurately from the information that they receive but not all….”

Senator Bill Nelson: “But they haven’t been (doing so) in Florida. You’re the Consumer Financial Protection Bureau. You’re supposed to be protecting consumers. You’re supposed to be seeing that fair trade is going on. Here we have a new phenomenon. We have a lot of mortgages underwater, people still want to sell their homes. You get into a state like mine where 40% of all of the mortgages in the state are underwater and you want commerce to continue. You want to get the economy to recover. And, so why then penalize the poor person, and we’ve seen this over and over in Florida… why penalize them because they’ve done something we’ve encouraged, and then they have their credit completely blown?”

Corey Stone/CFPB: “We agree with you, Senator, that foreclosures and short sales should be clearly distinguished in credit reports. We’ve become aware of this problem and we’re trying to track down exactly how to fix it, uh, and we’ll have to get back to you on it.”

Senator Bill Nelson: “Well, here’s what I’d suggest that you do. Since you’re supposed to be protecting the consumer (and so are you too, stated to the FTC spokesperson), I have just called this to the attention of your respective chairman, Ms. Ramirez and Mr. Cordray, and I would appreciate it if you all would stop this nonsense and get it coded correctly so that our people are not being penalized. Thank you very much.”

Then, go to 2nd piece from 2:22:51 to 2:24:52 where Senator Claire McCaskill asks Stuart Pratt with CDIA the question of Senator Bill Nelson, “Why is a short sale being coded as a foreclosure?”

Senator Claire McCaskill: “I have a question from Senator Nelson for Mr. Pratt. Why is a short sale being coded as a foreclosure?”

Stuart Pratt/CDIA: “Well they’re not, but I think that Mr. Stone said it right. The short sale is a new. We’ve had deed-in-lieu, we’ve had foreclosures, we now have short sales. The Metro 2 Task Force, which the CDIA administers, is now looking at a new short sale code because in fact it isn’t a scoring issue in this case, it’s a Fannie and Freddie issue. Fannie and Freddie are administering some programs and they need to be able to identify short sales uniquely, different than any other loan, which is simply settled for less than the full amount. So, we have a code that is settled for less than full amount. And, generally we try to keep codes broad rather than narrow because very narrow codes generally don’t populate into the data base , they don’t become scoreable, they don’t become useable. So in this case, we probably will have to create a short sale code, because Fannie and Freddie are looking for something like a short sale code and they want to see it uniquely and differently from any other settled for less than full amount loan that’s out there in the marketplace, and that’s why…”

Senator Claire McCaskill: “so you’re saying perspectively you will code it differently but now it’s being coded the same?”

Stuart Pratt/CDIA: “Lenders are coding it as a paid for less than full amount.”

Senator Claire McCaskill: “Which is the same as a foreclosure…”

Stuart Pratt/CDIA: “I think that’s well said. The prevalence of it, and the relevance of it to certain new processes that Fannie and Freddie are trying to roll out in the marketplace.”

WASHINGTON, D.C. – The nation’s largest home mortgage provider is expected to announce any day now that it has found a fix to the problem of computers reporting short sales as more financially harmful foreclosures in many consumers’ credit reports.

The fix stems from a congressional hearing held by U.S. Sen. Bill Nelson in May examining how the lending industry was reporting short sales with the same computer code used for foreclosures in the credit reports of an untold number of consumers. The practice tainted consumers’ credit ratings, and potentially delayed by a number of years their ability to qualify for new loans on purchases like homes or cars.

Banks and credit bureaus have said the reporting problem was caused by an error in the standardized computer software the industry used, which had no special code to report record a short sale – a transaction that was relatively rare prior to the economic downturn in 2008.

Now, according to Nelson’s office, an announcement is imminent that mortgage giant Fannie Mae voluntarily is changing its complex computer software to fix the controversial reporting practice.

“Regardless of the cause, I’m glad Fannie Mae is fixing the problem,” Nelson said today.  “You can’t punish homeowners who went upside down solely because of the economic downturn and loss of value in their home.”

The Florida Democrat’s staff is scheduled to meet with representatives of the lender and consumer regulators today. With Nelson the Consumer Financial Protection Bureau has been pushing for a solution. And U.S. Sen. Claire McCaskill, a Missouri Democrat, has also been key in finding a fix to the problem.

The CFPB oversees consumer financial products.  Nelson represents a state that has ranked among the worst in the nation for the number of homeowners who are underwater because of the late-2000’s recession and financial crisis. 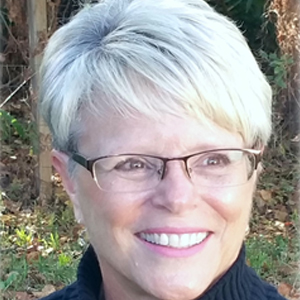